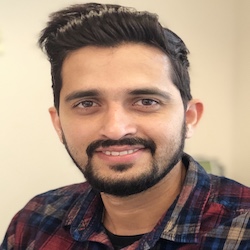 Let me introduce myself...

DXC Technology is an American multinational end-to-end IT services company headquartered in Tysons Corner, Virginia. DXC provides information technology and consulting services to businesses and governments. The company operates in more than 70 countries and trades on the New York Stock Exchange under the symbol “DXC” and is a component of the S&P 500 index. DXC was formed in 2017 from the merger of Computer Sciences Corporation (CSC) and the Enterprise Services of Hewlett Packard Enterprise.

Virtusa Corporation (NASDAQ: VRTU) is an American information technology services company founded in 1996 in Sri Lanka and has its headquarters in Westborough, Massachusetts, United States. The company provides IT consulting, business consulting, systems implementation and application outsourcing services to large enterprises and software vendors and is possibly the most well known Sri Lankan technological enterprise.